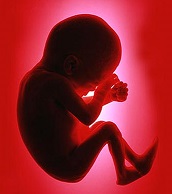 By reducing the time to create a new life down to only 6 months, Trump hopes to attack the problem of the 1% not being wealthy enough by :

For his next trick, Donald will be re-introducing workhouses and reducing the minimum legal age for manual labour to 3.